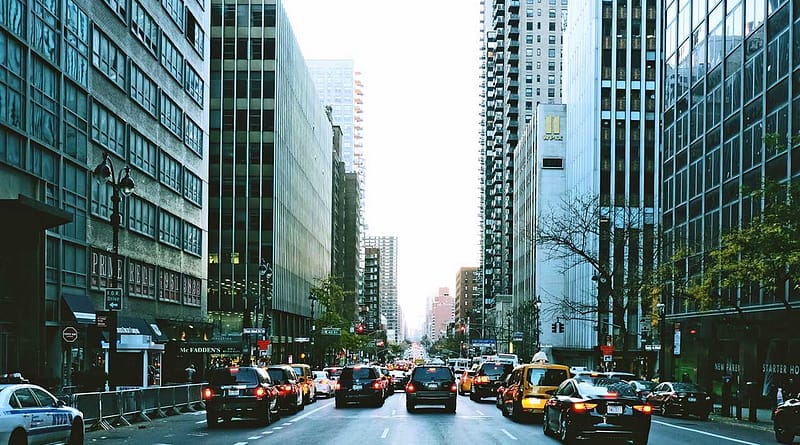 There are a surprising number of ways available today to count vehicles, from manual counting to sophisticated computer vision.

A person either uses an electronic hand held counter or records data using a tally sheet.

They may stand at the side of the road, or, more commonly watch a video of the road and count from that.

In tests manual vehicle counting was 99% accurate over the counting period.

With manual counts a small sample of data is taken – typically during less than a day – and results are extrapolated for the rest of the year or season. This is where errors are introduced as the small sample is rarely exactly representative of the the entire year.

Obviously manual counting is labour intensive. Systems are now available that will automatically analyse video pictures as cars pass cameras, detecting vehicles with a similar accuracy to that of people watching the video.

This vehicle counting method has several advantages over other automatic systems. It is cost-effective as it can count in many directions at once: only one camera is needed for several lanes or exits at a junction.  It is easy to add or modify the zones through which vehicles are counted from a laptop computer.

Local video analytics minimises bandwidth use. Traffic counts are uploaded in real-time via the internet, so traffic engineers can view live and historic counts from their web browsers.

Counts are easily verified simply by watching the video and checking the automated counts.

Video traffic counting typically takes place continuously, year round, giving precise figures. This method of vehicle detection is often used in smart cities – the count data is made available over the cloud wherever it is needed. Useful for monitoring congestion, car parking and assessing traffic control initiatives. The same system can be used to count pedestrians and bicyclists.

This has for many years been a popular method of vehicle sensing.

Here one or more rubber hoses are stretched across the road and connected at one end to a data logger. The other end of the tube is sealed. When a pair of wheels hits the tube, air pressure in the squashed tube activates the data logger which records the time of the event.

A pair of tubes can be stretched across several lanes of traffic. The data logger can establish vehicle direction by recording which of a pair of tubes the vehicle first drives over. This has the drawback that if two vehicles cross the tubes at the same time then the direction can’t be accurately determined. Should two cars be very close together when they cross the tubes, the system may see them as one multiaxle vehicle.

Vendors claim an accuracy of 99%. Studies show though, that the absolute error of a typical 15-minute count averaged closer to ten percent. This suggests that the level of inaccuracy is being masked by the positive and negative counting errors cancelling each other out.

The counts need to be physically downloaded onto a computer from the loggers at the roadside. At least one road tube is needed for each direction on every road or junction at which you want to count. Installation requires working within the traffic lane.

Road tubes work well for short duration counts on lower volume roads. They are not as effective on higher volume, multi-lane highways.

When a car drives over the piezoelectric sensor, it squeezes it and causes an electric potential – a voltage signal. The size of the signal is proportional to the degree of deformation. When the car moves off, the voltage reverses.

This change in voltage can be used to detect and count vehicles.

The counting device which is connected to the sensors is housed in an enclosure by the side of the road. Data may be collected locally via an Ethernet or RS232 connection to a laptop, or may be transmitted wirelessly. Piezoelectric traffic counter sensor by the side of the road
Photo by Louis van Senden [CC BY-SA 4.0]

The road has to be closed to install the inductive loop.

This detects vehicles by measuring the change in the earth’s magnetic field as the vehicles pass over the detector.

The traffic counter sensor is either buried in the road, or enclosed in a box by the side of the road.

If vehicles are following each other very closely, the magnetic detector may have difficulty discriminating between them.

This detects vehicles by the sound created as the vehicle passes.

The sensor is mounted on a pole pointing down towards the traffic. It can collect counts for one or more travel lanes.

Some can communicate their counts wirelessly.

Passive infrared devices detect vehicles by measuring the infrared energy radiating from the detection zone. When a vehicle passes the energy radiated changes and the count is increased.

Lane coverage is limited to one to two lanes.

Doppler microwave detection devices transmit a continuous signal of low-energy microwave radiation at a target area and then analyze the reflected signal. The detector registers a change in the frequency of waves occurring when the microwave source and the vehicle are in motion relative to one another. This allows the device to detect moving vehicles.

Radar is capable of detecting distant objects and determining their position and speed of movement. With vehicle detection, a device directs high frequency radio waves at the roadway to determine the time delay of the return signal, thereby calculating the distance to the detected vehicle. 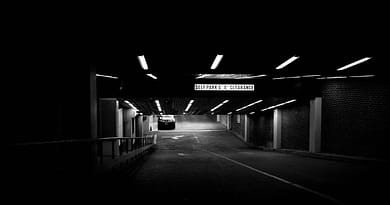