What do all these words and phrases mean in the context of people and vehicle counting? Our glossary explains. Click a term to see a more detailed explanation. Any questions or suggestions for terms missed, get in touch.

Accuracy
How closely the measured people counts match the actual number of people entering and leaving. The best performing systems achieve over 98% accuracy.
Acoustic Detector
Detects vehicles by the sound created as the vehicle passes.
APC
APC stands for automatic passenger counting.
Average Shopping Time
The length of time a person stays in a store.
Beam Counter
A sensor sends a beam to a reflector on the the opposite side of the doorway. As someone passes through the beam breaks and a person is counted.
Bi-Directional People Counting
Counts in two directions.
Broker
Gathers data from Internet-of-Things devices (like smart counters) and serves the information to top level applications seen by people. Merges data from many different sources.
Building Management System
A computer control and automation system for buildings, managing such things as heating and lighting. People counting systems are sometimes part of the Building Management System.
Business Intelligence
A technology-driven process for collecting and analysing data, and presenting information to help managers make more informed business decisions.
Capacity Monitoring
Monitoring the number of people entering and leaving a building to ensure maximum capacity levels aren't exceeded.
Cloud
Using a network of remote servers hosted on the Internet to store and process data, rather than a local server or a personal computer.
Computer Vision
When computers gain understanding from digital images or videos. It involves the development of algorithms to extract information.
Consistency
A measure of how reliable and stable the results are. Whether the same accuracy is produced over differing times.
Conversion Rate
The number of people who make a purchase divided by the number of people who enter the store. If 100 people visit a store, and 5 of them buy something, the conversion rate is 5%.

Counting Zone
The area through which people must pass to be counted.
Customer Conversion
The same as Conversion Rate: the number of people who make a purchase divided by the number of people who enter the store.
Diagonal Split
There are times when two people side-by-side may at first look like one person. Diagonal Split watches for this "one" person splitting into two. This happens, for example, when people enter through narrow doors before spreading out when more space is available.
Digital Footfall Tracking
Automated people counting to give meaningful insight into customer behaviour.
Directional Counting
Records in and out counts: video and thermal counters do this automatically. Some infra-red beam systems rely on you dividing the count by two, although the more expensive beam counters are directional.
Doppler Microwave Sensing
Doppler microwave detection devices transmit a continuous signal of low-energy microwave radiation at a target area and then analyze the reflected signal. The detector registers a change in the frequency of waves occurring when the microwave source and the vehicle are in motion relative to one another. This allows the device to detect moving vehicles.
Dwell Time
The length of time a person stays in one area or pauses at a display.
Epoch
Count totals are saved at regular intervals: every 5 minutes or every hour say. This interval is called an epoch.
Event Counting
Counting how often something occurs, in our case how often a person or vehicle crosses the counting zone.
Event People Counting
Counting the number of people attending an event. Hot Spot Map
Similar to a heat map but shows where people stop and linger.
Inductive Loop
An inductive loop may be used in vehicle counting. It is a square of wire embedded into or under the road. The loop utilizes the principle that a magnetic field introduced near an electrical conductor causes an electrical current to be induced. In the case of traffic monitoring, a large metal vehicle acts as the magnetic field and the inductive loop as the electrical conductor. A device at the roadside records the signals generated.
Infra-red beam counters
A sensor sends a beam to a reflector on the the opposite side of the doorway. As someone passes through the beam breaks and a person is counted. Accuracy tends to decrease with wide or busy entrances. If two people cross a beam together, for instance, only one count will be recorded. Direct sunlight onto the beam will also affect the system.These were in demand some years ago - now higher accuracy and more comprehensive information is generally demanded.
IP camera
An Internet protocol camera. A digital video camera commonly which can send and receive data via the Internet.
IIoT
Industrial Internet of Things. Connection of physical devices, sensors, counting units and other items over the internet in industrial settings.
IoT
Internet of Things. Connection of physical devices, sensors, counting units, vehicles, buildings and other items over the internet.
IoT-VT
Unit which counts pedestrians, vehicles, passengers and bicycles as part of a Smart City. More... KPI
Key performance indicators, like sales conversion or average shopping time.
LoRaWAN
Long range communication for the Internet-of-Things
MAC address
Media access control address - a unique identifier used in communications used in networks like Ethernet, Wi-Fi and Bluetooth.
Manual Counting
Where a person counts the number individuals entering an area or getting on public transport, rather than an automatic counting system.
Magnetic Sensor
Detects vehicles by measuring the change in the earth's magnetic field as the vehicles pass over the detector.
Minimum Separation
When a person first enters the counting zone, it may be that two parts of a person enter with a gap between them. For example a person carrying a briefcase might enter first by the case and then with an opposite foot or hand. To prevent this causing two separate people being "seeded", you can specify a Minimum Separation number of pixels. (Seeding is the first sign of a person.)
MQTT
MQTT stands for Message Queuing Telemetry Transport. It works on top of the TCP/IP protocol. It is designed for connections where network bandwidth is limited. An MQTT system consists of clients communicating with a server, often called a "broker".
Occupancy Monitoring
Counting the number of people currently on the premises. 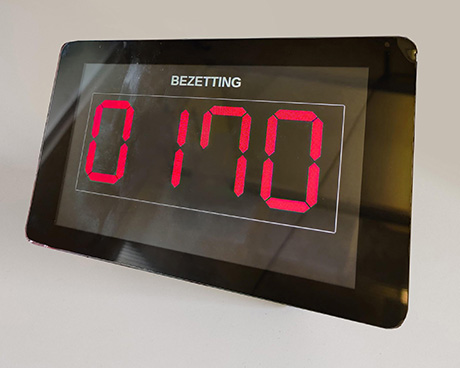 Passenger Counting
Counting passengers getting on and off buses, trains, trams and other methods of public transport. More...
People Counting
Measuring the number of people crossing a zone.
Piezoelectric Sensor
Used in vehicle counting - collect data by converting mechanical energy into electrical energy.
Pneumatic Tube Vehicle Counting
A method of vehicle sensing with 90% accuracy.
POS
Point-of-Sale. The place where a customer completes a transaction, such as a checkout counter. Integrating point-of-sale data with people counts allows conversion rate and other parameters to be calculated.
Pseudonymisation
The processing of personal data where additional information is needed to connect the data to a person.
Queue Management Technology
Technology used to reduce waiting times. More...

Radar Sensing
Radar is capable of detecting distant objects and determining their position and speed of movement. With vehicle detection, a device directs high frequency radio waves at the roadway to determine the time delay of the return signal, thereby calculating the distance to the detected vehicle.
Retail Audience
Information about individual customers in a store, including their gender and age.
Retail Intelligence & Analytics
Studying past data to improve decision making and test assumptions. Includes indicators such as conversion rate, average shopping time, number of items per transaction and average spend.
Retail Sensing
Manufacturer of advanced video people counting systems and provider of business intelligence.
Retail Traffic Counter
Device to count shoppers entering a store and provide retail analytics like sales conversion, average shopping time and dwell times.
Sales Conversion
The number of people making a purchase divided by the number of people entering the store. Also known as conversion rate and customer conversion. More...
Seeding
The system's first sight of a person.
Smart City
Where sensors and systems share information about the city via the Internet-of-Things. More...
Smart Mobility
Measuring and managing the flow of people, vehicles and bicycles around a area. More...
Tally Counter

Hand-held tally counters are the least sophisticated of solutions. A person stands clicking the tally counter whenever anyone passes through the entrance. Tally counters were once used in nightclubs and bars to monitor occupancy, but are now being replaced by automatic counting systems.
Thermal Sensors
Positioned above an entrance, thermal sensors detect people's body heat. Quoted accuracies are between 96 and 98%. Accuracy, though, can be affected by the ambient temperature within the counting area being above or below a certain value. Low ceilings can also reduce the accuracy.
Tailgating (Mid Split)
When two people are following one another closely it is sometimes not possible to see the gap between them. This may be because the gap is bridged by shadows or perhaps a swinging arm or leg. Tailgating is more likely when the camera is low. A system like Video Turnstile can split people even when there is no clear gap, by simply altering the tailgating or, as it is sometimes known, the mid split setting.
Threshold
This is the value against which brightness changes in the picture are compared to detect moving people. Decreasing it will make the system more sensitive and may enable the detection of hard-to-see people. Increasing it will tend to remove any shadows and reflections which surround people. This makes it easier to see the gaps between people. On systems like Video Turnstile you can alter the threshold to suit your location.
Typical Width and Area
We define the expected size and shape of a person by two parameters: Typical Width and Typical Area. These are both measured in pixels. The system compares each person with the expected shape and allocates them a score. When people walk so closely together that it is difficult to tell them apart, these parameters help decide whether to count them as two people.
Vehicle Sensing
Counting cars and other vehicles. More... 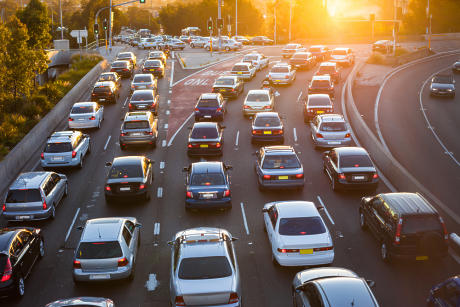